Victims of injustice and natural catastrophes have been remembered today September 26, weeks after hurricanes and earthquakes added many to the numbers of deceased, and three years after the forced disappearance of 43 students in Ayotzinapa.

In the midst of rescue actions, reconstruction and recovery from last week’s earthquake and the preceding hurricanes that hit Mexico, educators worldwide are expressing their solidarity with the vicitims, their families, and affected school communities.

An international campaign led by Education International has also marked the date with remembrance of the 43 forcibly disappeared teacher students from a rural college who were kidnapped three years ago today when they were on their way to a demonstration in the capital, Mexico DF.

More than 600.000 people have been reached through social media after hundreds backed the on-line campaign “Justice for missing students!” 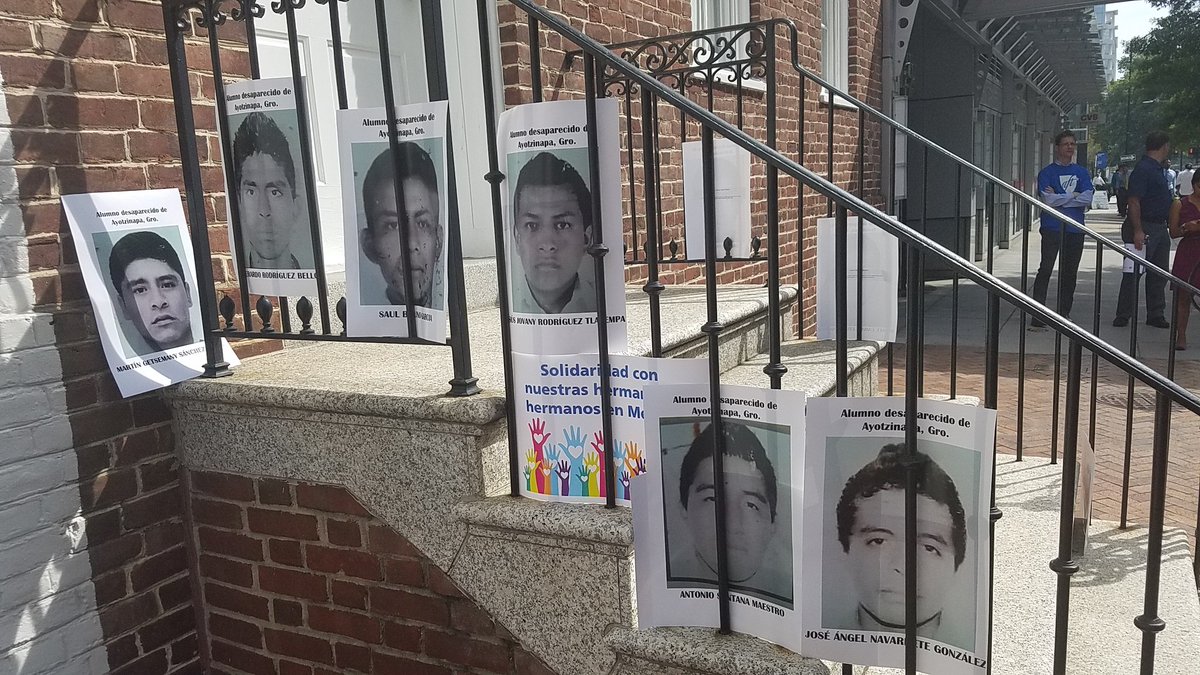 Pictures of the 43 disappeared student teachers outside the Mexican Embassy. #Ayotzinapa https://t.co/jYPL0pm8D9 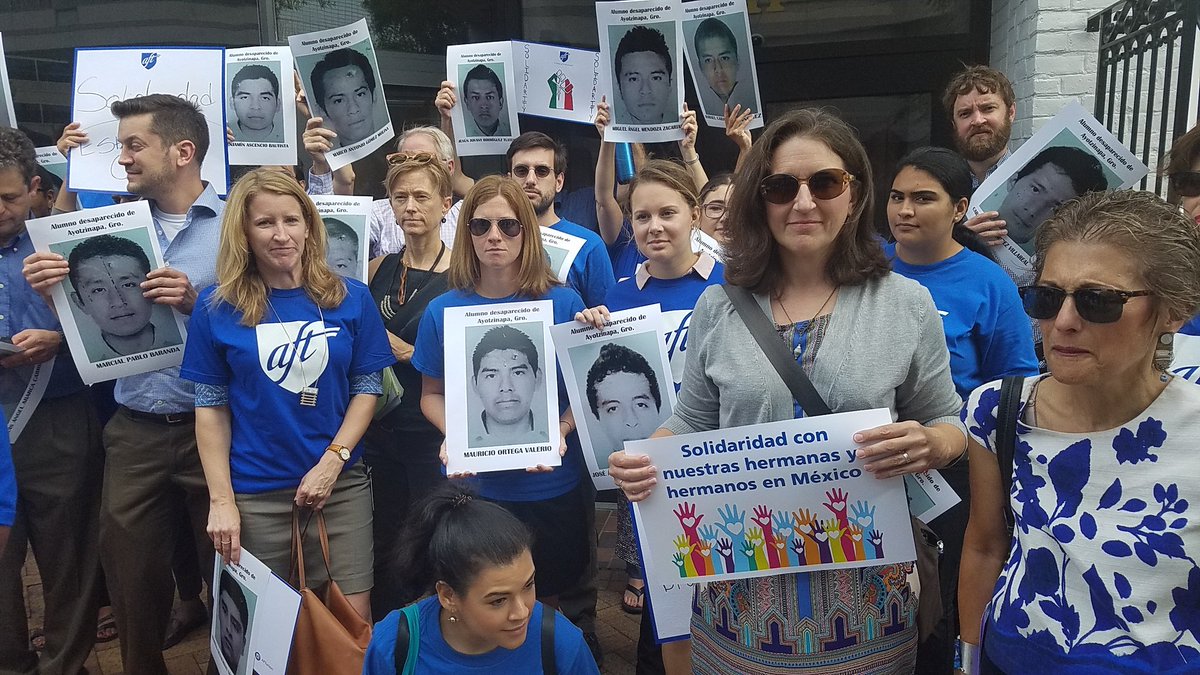 At the vigil for the disappeared 43. #Ayotzinapa https://t.co/trjn27Dbqp